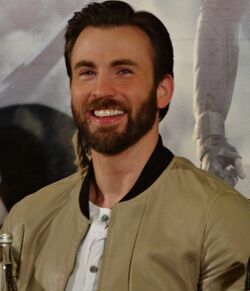 Evans began his career on the television series Opposite Sex (2000). After small roles in Cherry Falls (2000) and The Newcomers (2000) - two unknown low-budget features - Evans appeared in Boston Public (2000) (Fox, 2000-2004) as a murder suspect. He then appeared in his first major feature, Not Another Teen Movie (2001), a tiresome spoof on teen comedies wherein he played a jock who makes a bet that he can turn an unpopular and unkempt girl (Chyler Leigh) into prom queen. He appeared in another listless teen comedy, The Perfect Score (2004), playing an average, ho-hum student who takes part in a plot to steal the SAT test. Hijinks naturally ensue. Then, Evans broke through to the Big Time, grabbing the lead in the kidnapping thriller, Cellular (2004), then he starred in two independent films in Chicago: Dirk Wittenborn's Fierce People, playing the sinister Bryce, and London, playing a strung-out drug user with relationship problems. He then played the superhero the Human Torch in the 2005 comic book adaptation Fantastic Four. Evans reprised the role of the Human Torch in the 2007 sequel Fantastic Four: Rise of the Silver Surfer. That year, he starred as engineer-turned-astronaut Mace in Danny Boyle's science-fiction film Sunshine. In the same year he starred in The Nanny Diaries (2007), where Evans played "Harvard Hottie". In 2008, Evans appeared in Street Kings, co-starring Keanu Reeves, and the Tennessee Williams screenplay adaptation The Loss of a Teardrop Diamond, co-starring Bryce Dallas Howard and Ellen Burstyn. The following year he appeared in the science-fiction thriller Push, with Dakota Fanning and Camilla Belle. Evans performed his own fight scenes, which took weeks to film, and was bruised during filming. In 2010, he completed filming on co-directors Mark Kassen and Adam Kassen's Puncture in Houston, Texas. The film was selected to debut at the 2011 Tribeca Film Festival as one of the Spotlight projects for the 10th anniversary of the festival. Also that year, Evans appeared in Sylvain White's The Losers, an adaptation of the comic-book series from the DC Comics imprint Vertigo. Evans then appeared in another comic-book adaptation, Edgar Wright's Scott Pilgrim vs. the World, where he portrayed Lucas Lee, one of Ramona Flowers' seven exes. In 2011, Evans played the Marvel Comics character Captain America in Captain America: The First Avenger, and starred in the film What's Your Number?, a romantic comedy co-starring Anna Faris. There were initially scheduling conflicts, as both films were set to film in the summer of 2010. With actress Evan Rachel Wood, he was part of a 2011 advertising campaign for the perfume Gucci Guilty, and the cologne Guilty pour Homme. Evans had signed on to appear in multiple films as Captain America, and first reprised the role in the 2012 film The Avengers. He next starred opposite Michael Shannon in The Iceman, replacing James Franco, who had dropped out. Evans wore a long wig and grew out a beard for the role.[25] He starred in South Korean director Bong Joon-ho's English-language film Snowpiercer. In 2014, Evans starred in Captain America: The Winter Soldier. His upcoming films include his directorial debut, Before We Go, the sequel to The Avengers, the 2015 film Avengers: Age of Ultron and the third Captain America film, set for 2016. Evans said in March 2014 that once his contract with Marvel is up, he plans to take a break from acting to work on directing, and believes he will be finished playing Captain America in 2017.