Quincy McIver tried to follow the criminal footsteps of his older brother John (the original Bushmaster), but it resulted in the loss of his arms and legs. Sidewinder convinced Quincy to undergo an operation that gave him cybernetic limbs. Quincy took his deceased brother's name as Bushmaster and joined the Serpent Society.

When Viper took over the Serpent Society, Bushmaster refused to join her and remained loyal to Sidewinder. He was restrained and poisoned by Viper, who gave him 24 hours to join her or die by the poison. After defeating the rest of the Serpent Society, The Captain and Diamondback gave an antitoxin to Bushmaster and the other Society members who remained loyal to Sidewinder. 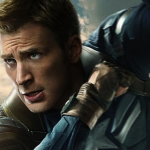